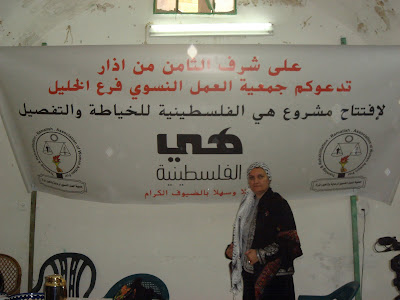 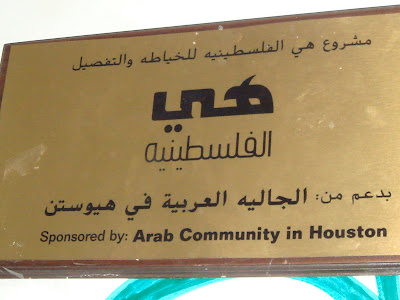 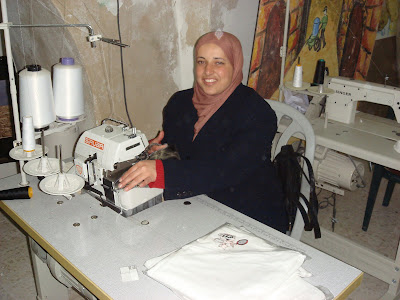 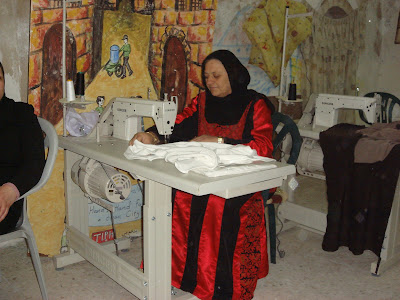 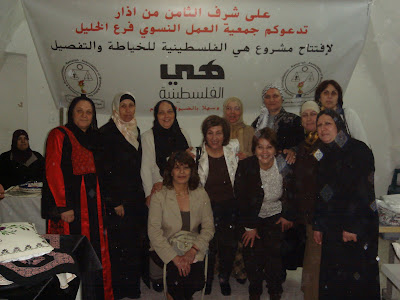 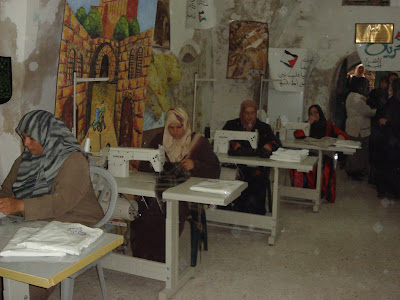 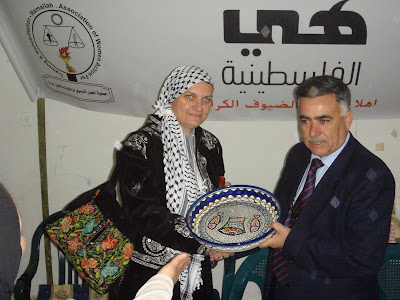 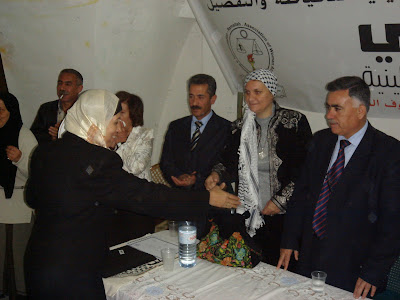 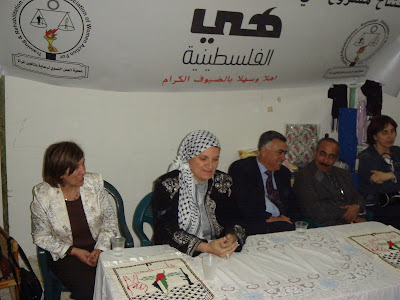 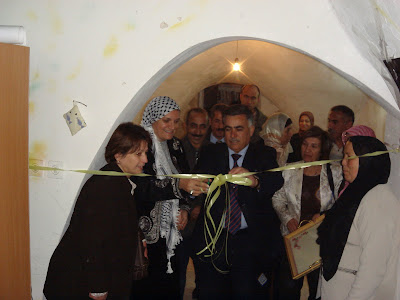 Today, our journey took us to Hebron, the highest populated governate in the West Bank, situated in the southern part of the West Bank. It is known as the commercial capital of Palestine or at least it once used to be.

The impact of the occupation and the on-going construction of the apartheid wall badly affected the livelihood of the Hebronites. Mobility restrictions and other Israeli imposed discriminatory rules changed the business activity dramatically.

Especially in the old city, once a lively neighbourhood looks nowadays like a ghost town. The presence of some 450 extreme settlers (most Americans), with an army of 3000 to protect them in this highly Palestinian populated area, is making normal life for Palestinians impossible.

The Old City is completely locked and only residents are allowed to enter after passing through a checkpoint. Business activity within the locked walls of the Old City is completely dead and Palestinians have been forced to find other ways to secure their source of income to maintain their families. Besides a complete business stop, Palestinians witness a continuous harassment by these settlers; Streets are covered with special nets to protect the Palestinians from dirt being thrown at them (as settlers mostly occupy 2nd floor buildings), curfews are frequently imposed etc.
This also means that the unemployment rate within the Old City have raised dramatically; most male population lost their businesses and need to find jobs outside. Women are therefore extra charged and are taking over the duties to secure incomes for the household needs.
Because of the bad situation in the old city, P4PD decided to support a project targeting directly local women. Today is the Grand opening of the supported Women Sewing Project in the Old City which we were honoured to attend.
The establishment of this sewing center aimed to support local women living in the Old City to find alternatives way to ensure a source of living. The center provides women with sewing courses and help them to market generated products such as school uniforms, embroidery items, baby clothes, etc.
The space also provides an environment where women can exchange and learn from each other, and a way to participate more in the public life. As one of the ladies I met told me that this center is more than a sewing center only, rather it is a place to go to, be together, learn from each other, and support each other during these harsh times, in stead of only staying at home.
With the support of various actors, this project, which only started 3 months ago, shows great potential of success.
The Hebron Rehabilitation Committees provided the women with space for free; P4PD provided financial support which helped them to purchase 5 sewing machines and other necessary equipment.
At present 12 women are benefiting from this project and new members soon will be joined.
Hussein Al Araj, Mayor of Hebron and Sausan Nasser El Din, Head of the women group and known as gender activist, inaugurated the project, and expressed their full enthusiasm on the achievements and success of the project. It is clear that such economically supported projects is not the solution to the unjust and racist policies applied to an occupied nation, and that a solution can only be at political level.
Still, … It is time to return back to our hotel in Jerusalem.
One never knows how long it will take us… What could be easily done in 30min car ride, now requires at least 2,5 hours…

That was our main plan .. first of all to start this Women's project ..second of all to let them know that we are not giving up the old city of Hebron .. That is why we did choose this location in the heart of the old city ,, it is an old house .. but we thought it is the right place for the right project ,, That is what Mrs. . Sawsan Naser Eldeen said the head of the women's group in Hebron ..
We did arrive to the old city and you can tell right away ,, that it is empty from the people .. 90 percent of the shops closed .. all because of the 450 settlers and the 3000 soldiers who are protecting them . it is worse than what i saw 2 years ago .. We did walk through the houses in the old city , and i just saw a few old people .
The Grand opening was sponsored by P4PD .. plus there was the Mayer of Hebron Dr. Hussein Alaraje ,plus some officials and representative of some women's organizations .. 12 women's are trained for now .. and there is another 5 will join in one month . the trainer lady said .. the ladies calling every day to join the center .. for them it is not just a place to work in . it is a place that they can meet in .. and talk to each other ..and if we can empower women's socially and financially ,, you can empower them politically . Then they showed us the kind of work they do .. impodery .. baby clothes .. comforter set .. uniforms . I did have some talking with the women's and they were really excited .

And you know what .. this time i will just let the pictures speak for it selves .. For the second time i say .. Mission Accomplished
..
Posted by sahartravel at 5:45 PM