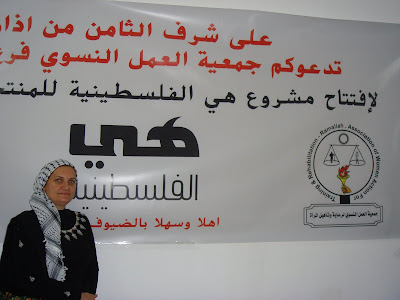 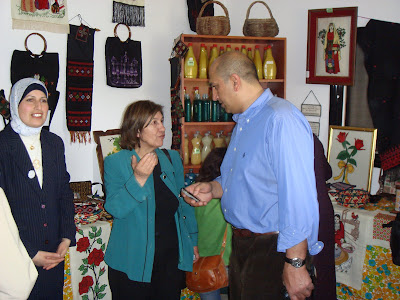 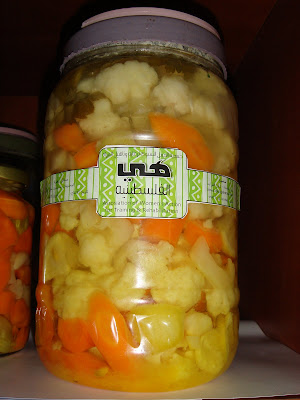 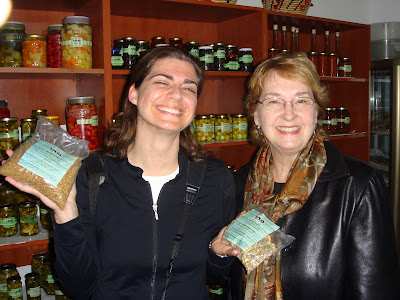 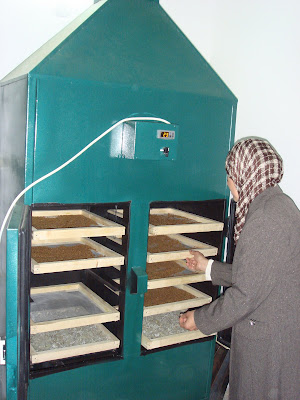 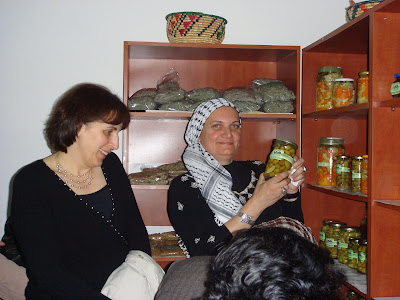 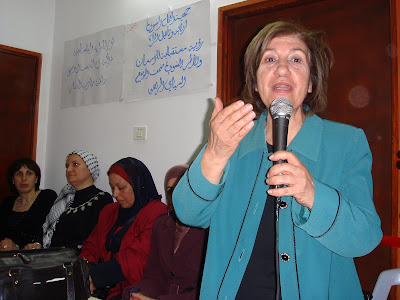 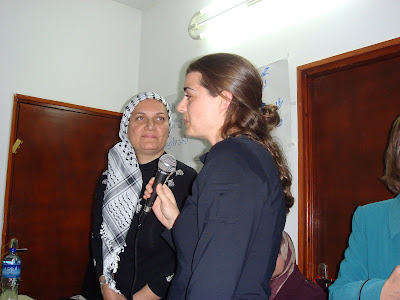 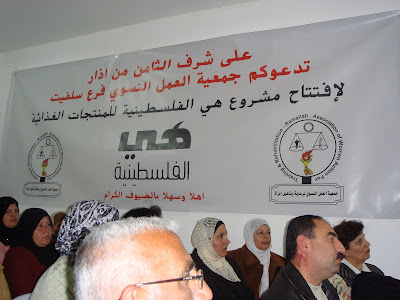 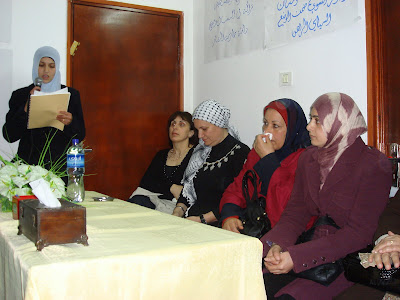 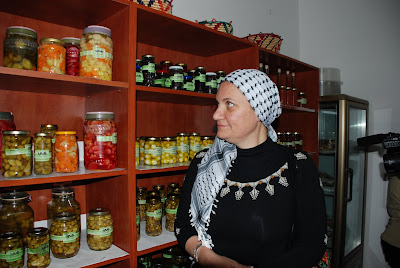 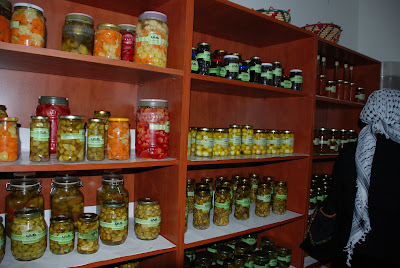 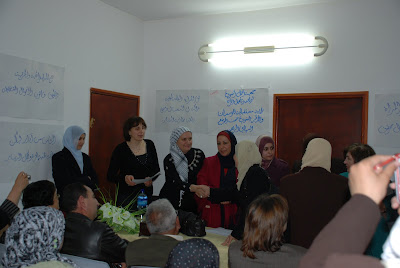 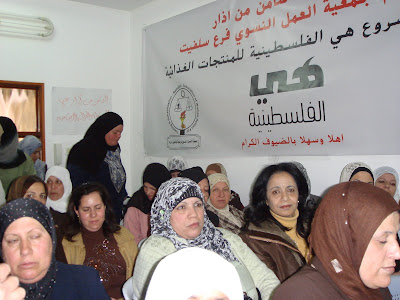 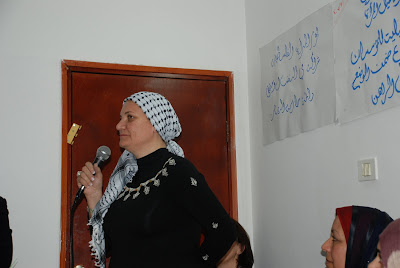 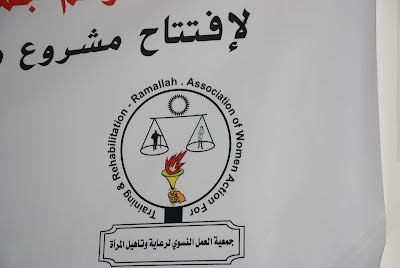 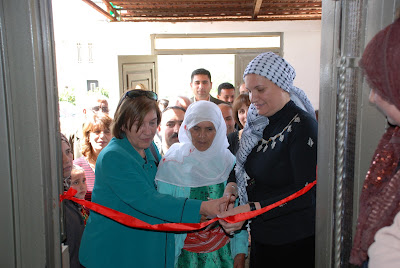 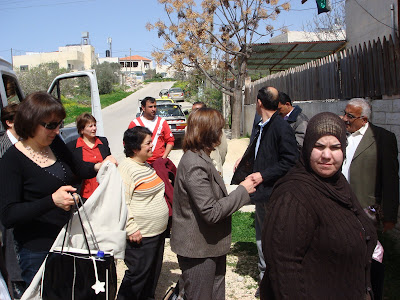 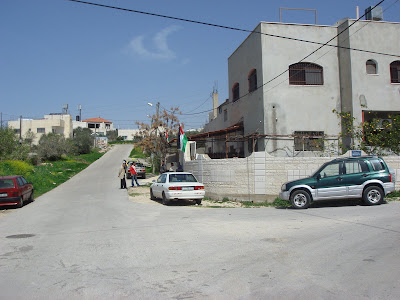 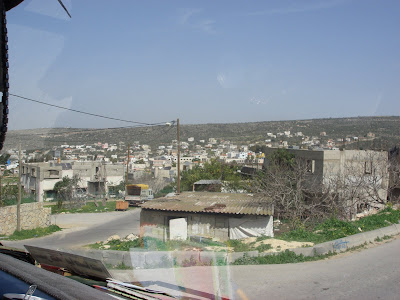 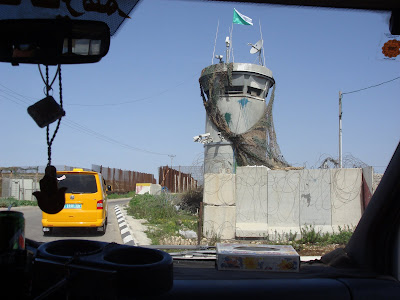 "NOW I WAKE UP IN THE MORNING , AND I KNOW THAT THERE IS A PLACE I CAN GO TO DO GOOD WORK '!
A statement made by one of the ladies who works now at salfit Canning factory ..

The Grand opening was on March 6 ..
It was sponsored by P4PD in Texas,, there was also a representative of the Ministry of the Women's Affair .. the Mayer of Salfit and a lot of other Women's organization ... I will do a presentation about this great event ..

First but allow me to say this..We all should feel proud that we gave a new life to 25 Women and their families, although I was under the impression that only 20 Ladies should be working there .
Just let me say one thing .. I never felt the way I felt yesterday .. Now I can go back .. and I know for sure that we did the best thing for the Palestinian women's in Salfit .. no matter what I said it is not enough .. " IT IS A GREAT PROJECT " Nicole my American friend said .. Why !! because it is the right project in the right place . with all the difficulty that this village is facing every day ..but they did it .. and I still don't understand how !!

We all felt the unusual energy in the eyes of these ladies .. we also felt there commitment .. and unusual hospitality . it looks like now they are starting to have some HOPE ..the words I said there were... Although I prepared a speech .. but I found my self folding this paper in my hand .. and speaking from the heart .. and every body was crying after that including me .. it was mixed feelings of a great success plus the feeling that we were able to bring out the best for these ladies ..

I really wanted every single one of you with me here .. Believe me when I say .. it was worth the efforts. despite how overwhelming the work was and long hours meetings .. and the very bad and tiring trip that I had on my way to Palestine ..It was all worth it !

After the grand opening we watched first hand of the work on some of the product that they did there .. Canning . Drying . And freezing for a lot of the produce that this village is famous with , Plus there was also a sign that this project was financed from the Arabic community in Houston ..
Then, we had an appreciation lunch party for all the workers . Also Mrs. Mahfoza was there, this lady that was honored by the Palestinian ladies group as the first Palestinian lady this year, she is the lady that had her picture published and viewed all over the world when the Israeli soldiers cut here olive tree and she was hugging the tree and crying .. We honored this lady, and she was given a gift from the women's group .. and I did an interview with her which I will publish later.
Finally let me say this .. " MISSION ACOMPLISHED "

Sahhour,
We were there with you yesterday (in spirit) at the Grand openning! It looks like it went well. How exciting!

You made us feel right on the premise with your description of the event, the participants, your speech, etc. The pictures are great.

We appreciate your efforts. Stay safe.
Miss you tons.

I am sure that you were with me in spirit .. I am trying to stay safe also .. the weather is great here ..and the food too .. I did pray in Alaqsa today ..then i left to Beith lahem ..

I stumbled across your blog and have to say that I am really immpressed with all the hard work that went into the canning dream.

I think it is amazing, and I stand in awe.

And did you ever visit tee Holy land ( Palestine ) !!

Thank you for the additional pictures Sahar. It gives us a clearer idea of the factory.

Wafa had a very busy week. She lost 2 dear uncles within a week's span. Needs cheering up. Wish you were here. You are so good at that, our sunshine.

I looked at the photos from the grand opening of the canning factory, which is very impressive and empowering at the same time. You know what, it feels good when you can make a sweet lemonade from a sour lemon, or put a smile on the faces of these families in the middle of all that suffering and pain. You are doing exactly what the morning light is doing, chasing darkness on the peaks of the mountains to bring light and hope to those mothers who are holding tight on to their children like a weeping Earth holding tight to the roots of the trees.

We should never underestimate a small contribution, or the effort of an individual, because the Ocean water as well as a powerful waterfall, are made of individual water drops. Lets all join forces and act like those water drops to make a powerful Palestinian waterfall ...

May God bless you Sahar

you are doing such amazing and inspirational work.